We are talking to Sergei Kushnir, a certified systemic designer and systemic constellator, and Elena Melnyk, Doctor of Medicine, iridodiagnostician, herbalist and dietarian.

Sergei, Elena, could you please tell us about the idea of your experiment?

Sergei. Since 2007, I have been working with different symptoms using systemic modelling method. I wanted to measure the results of working with the symptoms of people for a long time. There are many feedbacks from the customers, their stories about the changes in their health after systemic modelling. Some people even showed various test results, roentgenograms and medical reports. But I wanted to find a method to assess the result, to see changes in person’s organic immediately after the work.

Last year I met Elena. Then she told me about her professional occupation, but it was my wife who gave me the idea to conduct this experiment. I am very grateful to her for that.

The idea of the experiment is quite simple. We found a group of subjects who had health issues. We invited each of them and worked with their symptoms in the format of individual counseling using the systemic modelling method. But before that Elena held an iridologic session with each of them. Space-temporal identifiers (markers) and one subsidiary were used to model and process symptoms. Depending on the symptom, such models as tetralemma or the logic of excluded middle were used. After working with symptom (10-15 minutes), using the systemic modelling method a small break (15-30 minutes) was taken. Then caring Elena worked with the person again, so iridology was repeated. Now I ask Elena to tell us about the iridology method.

Elena, it is your turn. What is the main idea of iridology?

Elena. Iridology is diagnostics of organs and systems health conditions as well as any changes in terms of illnesses by means of iris examination. This is a medical technique based on the changes of color, structure, form and displaceability of iris (colored part of the eye around the pupil, covered by cornea). The idea of the method is that there is huge amount of neural connections of iris with internal organs hence the whole body is projected on the iris. A certain zone corresponds to every organ. If there are any changes in organs and it is important for the body, the changes, such as redistribution of pigment or formation of certain microstructures, also occur on iris, as though on a map, in the zone of every organ. Diagnosis is based on knowledge of iridologic cryptograms (or diagrams) and a hundred of signs of their clinical interpretation. Iridology provides means to make the topical diagnosis, thus the location of pathologic process is determined. The nature of certain changes can be determined (inflammation, congestion, early or chronic processes can be found). Concrements (sand, stones), indurations (lumps and tumor) can be found. Identification of hereditary defects of organs or systems is possible thus providing means of correct disease prevention measures. Therefore, the experience of the doctor carrying out iridologic examination is very important.

This technique is unique because it helps determine health condition of the patient in general, state of the whole body. Examination is carried out using the method of iridobiomicroscopy – examination of iris with iridoscope – slit lamp ЩЛ-2Б, which has direct focal illumination of ocular surface by diffused beam and is safe for people. Photofixation (iridography) can also be made to watch the patient over time.

Iridology is absolutely pain-free, harmless, the most accurate and fast method of detecting pathological changes in organs and systems. That is why it is used for examination of the youngest patients since the 1st month of life.

Sergei, could you please tell us few words about systemic modelling, what kind of method is it?

Sergei. The full name is “systemic modelling of energoinformational processes after Zelinskiy A. V.” This is a systemic and phenomenologic method. In systemic modelling, we have access to the information in the system as a result of phenomenologic perception natural for every human, as a genuine ability. The task for the model guide is to let the process logic show up and convey it in the categories of the conceptual framework suitable to the client. Moreover, in spite of or even taking into account that every person as a subsidiary acquires information in the model of the system through private filters and conveys it adding considerations of personal analysis.

What was your result? How was the assessment made?

Sergei. In terms of systemic modelling – the result is the meaning that the client have read and understood. Having defined the sense, states and connections, which were used by the client to make symptoms, it becomes clear where the minimum sufficient changes can be done to make the person as a system move in the different direction. So this change has been introduced during the modelling process as a solution in the form of a resolving phrase. The solution is unique and individual in each case. Although for many years of work and examination of different symptoms, we may say that there is overall dynamic for many of them. It should be noted that connections and states remain in case of such work but their quality and focus are changed. Most often, the process of moving towards “healthy me” is smooth and natural.

In terms of iridology, I would ask Elena to tell us about the results and process of changing.

Elena. During investigation, we made a series of photos of the patients’ irises before and after designing the system – in 30 minutes, in 3 days and in 3, 5-4 weeks. Even during the first repeated photographing (in 30 minutes), some general and individual changes have been noticed. Yet more evident changes could be observed in three weeks. In few systems, corresponding to the previous complaints and symptoms of the patients under examination, changes were also detected.

Can you demonstrate and comment some photos of your patients? 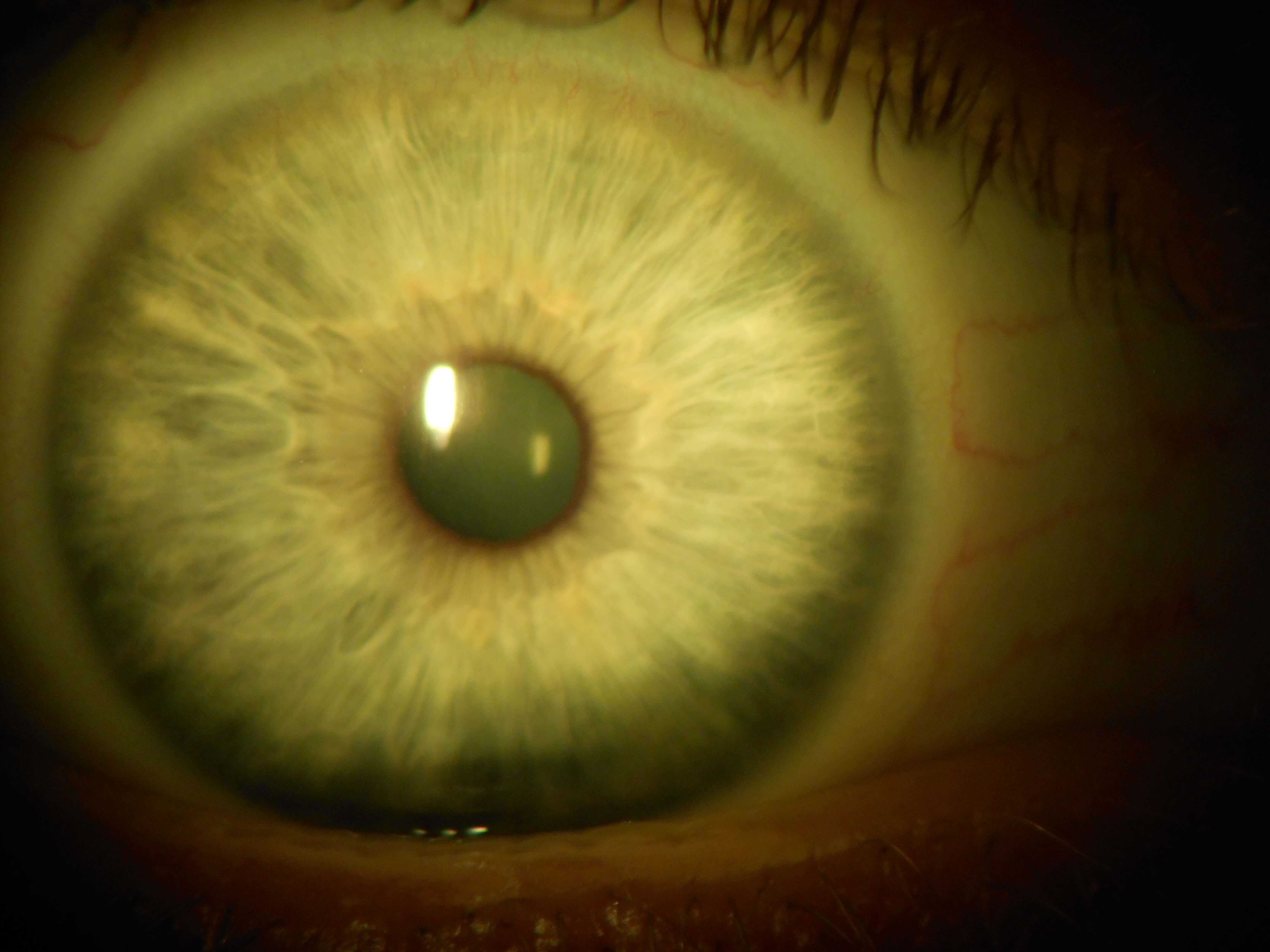 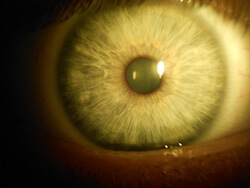 Elena. For example, patient No. 1, male, 36 years old, blue grey eyes, complained about increased affection, vulnerability, irritancy, bad sleep (waking up at about 2 AM), increased anxiety (even drugs couldn’t remove it); in addition he had ache in the area of epigastrium, poor appetite and nausea. Sergei, the systemic designer, made constellation for him, and I, as an herbalist, prescribed taking certain herbal medicines and diet. In 3 weeks, he came in a good mood, anxiety and fear did not bother him that much. Homogeneous distribution of emotional load on both hemispheres can be observed in the photos (defined according to the change of pupil reaction – photo 1 (right eye) and photo 2 (right eye in 3 weeks)).

The glow in the zone of liver reflection is also evident (8.00 according to F. Wid and J. Deck’s diagram of reflection zones of human body at iris) giving evidence of food patterns and digestive system change. Glow reduction is observed in the zone of dodecadactylon reflection (5.40-6.30 according to F. Wid and J. Deck’s scheme) as well as reduction of orange color intensity as the result of ending peracute process in intestinal tract in dodecadactylon area. The patient eats well; achiness in epigastrium does not trouble him anymore. 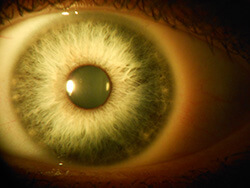 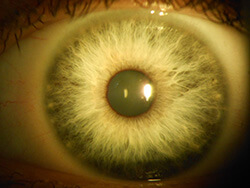 Patient No. 2, female, 31 year old, grey eyes. In past medical history there were pituitary tumor, changes in feminine area, hirsutism, excess weight, she is followed up by an endocrinologist-gynecologist, takes “Alactin” for several years. Complains about problems in private life. We did not prescribe any additional medication. At the photos we demonstrate distinct changes in the lymph nodes zone (around the iris) indicating reduction of inflammatory processes (the woman noticed decreased candidiasis symptoms) which shows that she leaves the state of respiratory tract virus infection – photo 3 (left eye) and photo 4 (left eye in 3 weeks). Structural changes of iris in the kidneys zone were noticed as well (5.00-6.00 according to F. Wid and J. Deck’s diagram) stating the fact of enhancement of kidneys egesting function and as a result cerebral decompression. The patient subjectively notes stabilization of emotional state, increased optimistic attitude and changes in private life.

How does the work of a systemic designer influence the body in general?

Sergei. Immediately after individual work or at the seminars people often have the following physical signs: relaxation of muscles especially facial ones, different look, as people say “glint in the eyes”, people say they “feel warmth”, emotional state is changed, they “feel calm” etc. During the experiment, I was sceptic about the results of measurements. As I understood from Elena’s explanations, the eye “pattern”, organics, body cannot change so quickly. Even when recovery has started, it takes time. I take this approach in my work. I recommend people to watch changes in their health condition during 21-40 days. But I was surprised when we observed changes in 30 minutes.

What the systems of the human body were the most responsive? What features were common?

Elena. The pupil reaction was the common feature for all patients under examination – we could see in the photos before and after a slight dilatation of pupils under the same light, which serves as an evidence of nervous system response to previous actions.

Sergei. The first changes we observed were in nervous system, slight changes were also observed in cardiovascular system as well as in gastro-intestinal tract –all subjects had these changes.

How lasting is the effect of systemic designer work?

Sergei. – It is interesting question. The effect when there was a symptom but it disappeared. It is difficult to say how long a person can live without symptoms. It is individual; it is different for all.

How can the effect be intensified? Medicaments?

Elena. If a patient wants to accelerate or intensify the result, I would recommend, as an herbalist and dietarian, to use a health improvement scheme taking into account the overall condition of the body as well as complaints and wishes of the patient. Herbal medicines may be prescribed (teas, balsams, plant-based tinctures), certain recommendations related to food can be given (indicating certain products, different for every client), advices concerning habits could be suggested (changing schedule, exercises for some systems, for example, to improve vision or body posture etc.)

You obtained interesting results. What are your future plans? Do you plan to continue the experiment?

Sergei. We obtained material evidences of changes in a person after modelling and working with symptoms. Only two cases are described in this article as an illustration and example. The experiment with this technique continues. The material is accumulated and analyzed. Maybe, when the experiment is repeated several hundred times and the data are analyzed, we will be able to see, describe and reveal other conclusions and results. We also plan to hold a seminar with Elena using the approach described and working individually with each attendee.

I would like to add. In my opinion, systemic modelling can be and shall be used to examine new medicines, methods, and techniques. To predict the effects of their usage. It is even more interesting to model using the method and create new techniques, methods and medications. This can be unique collaborative work of a systemic designer and specialists in different spheres of medicine and pharmacology. 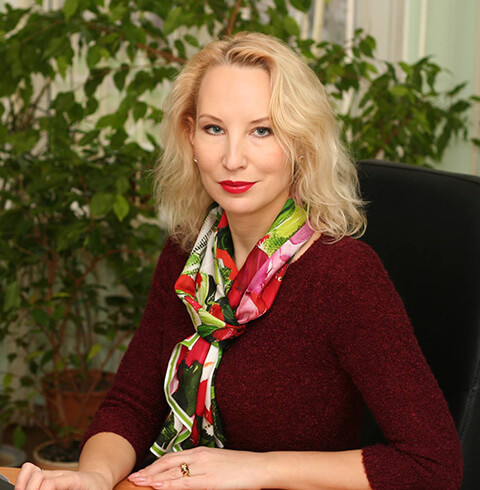 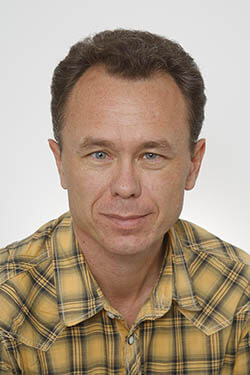 e-mail: This email address is being protected from spambots. You need JavaScript enabled to view it.

The original of this article in Russian

Using materials of this article is permitted only with the consent of the authors. © Provodnik 2015