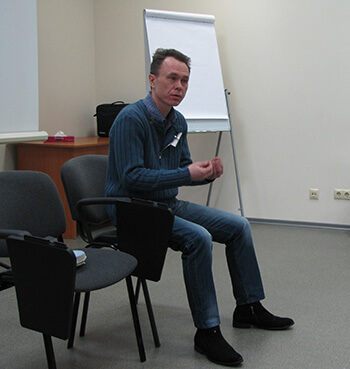 On 14 of February master class “The mind's eye” on business modeling was presented. Diagnostics of some businesses, projects and even business development strategy had been completed during one and half hour at the master class. The models “Logic of excluded middle” similar to “Yes-No” or “Zelinsky’s logic” as well as “Tetralemma” – Buddhist logic were used.

At the end of master class facilitator Sergei Kushnir explained the sense of partnership having surprised even the client. The managers were given many interesting and unexpected responses to their requests and several techniques for individual usage.

On 15 February “Paradoxes of Consciousness” – systemic modeling. Variety of questions and variety of models. Addressing the reasons of fears, uncomfortable states, problems with men and other issues.

Fiery eyes and firm handshakes – a great result of two-day presentations at Alfa-fest. 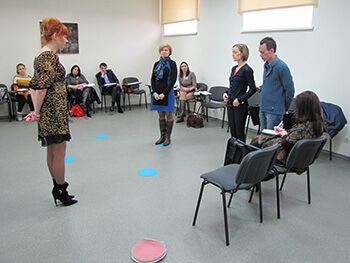